As oil and gas facilities face increasing pressure to improve production and minimize extraction and refining costs, modernization of sites and systems is inevitable.

The adoption of new technologies in oil and gas facilities is a dual-edged sword.

On one side, there are obvious benefits of implementing industrial internet of things (IIoT) devices to improve efficiencies and reduce operational costs.

On the other, there are inherent risks associated with system upgrades.

Case in point: the Columbia Gas incident in metropolitan Boston in 2018, which produced a series of explosions in Andover, North Andover and Lawrence, Massachusetts. The incident resulted in more than 70 fires, one death, dozens of injuries, 30,000 people evacuated and the destruction or damage of more than 100 structures. About 9,000 customers were left without power.

While human error can cause incidents like the one for Columbia Gas, similar incidents could just as easily become the work of terrorists.

Oil and gas executives are acutely aware that once-isolated operational technology (OT) networks charged with refining, mixing and distributing petroleum are increasingly connected to the “outside world” via the industrial internet of things (IIoT).

In addition, modernization inevitably involves some degree of digital transformation, which exposes facilities to more security threats than ever before.

Attacks such as BlackEnergy, Industroyer, VPNFilter and Wannacry are just a few of the malware campaigns that have affected critical infrastructures. The actors in some cases were rogue factions, including nation states, that hacked into industrial networks and caused havoc.

However, the threat from within is also omnipresent and highly significant. Insiders have “the keys to the kingdom” or at least know how to find them.

The internet of things (IoT) and IIoT show tremendous promise for improving oil and gas operations.

Increasingly, companies are investing in the cost saving and productivity enhancing benefits of networked smart devices, which can communicate and coordinate with one another via the internet.

The IIoT downside? Few vendors and customers have fully considered security risks associated with the technology.

The introduction of new access points into your company’s network, plus the current lack of security standards for IoT devices, can create holes for punching through perimeter defenses. 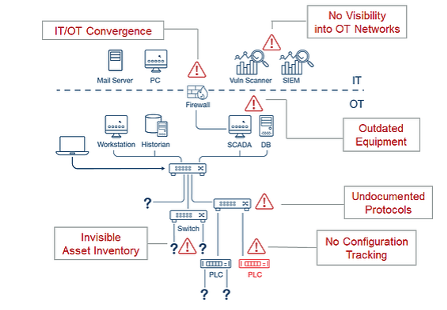 However, the planned or (worst-case scenario) unplanned introduction of IIoT devices into your enterprise network creates opportunities for a host of external and internal threat actors, including:

Yet another variation — account compromise — resembles an insider attack since it occurs when an external attacker hijacks an authorized user’s account (employee, vendor, integrator, etc.). These are typically achieved using social engineering techniques such as phishing emails and or a “call from the IT department” requesting the user’s ID and password.

Below are three of the top security risks facing industrial organizations today:

Regardless of the IIoT device type, attackers can use any or all of them as stepping stones to compromise your IT and OT networks.

For example, many IIoT devices have exposed internet ports, which attackers can use to bypass your firewall. Once inside your network, a hacker can do extensive damage to IT and OT infrastructures and move laterally between them. Think data breaches, viruses, ransomware, sabotage and data exfiltration.

You should also enforce security policies to control which devices can perform certain (privileged) actions, such as code or firmware downloads to industrial controllers. Additionally, policies should mandate that certain devices do not access the internet.

Unifying IT and OT security

With more pressure to increase production and minimize extraction and refining costs, sites and system modernization is inevitable. Meanwhile, it’s necessary to extend the life of mature sites to maintain supply levels, since developing new sources — as well as extraction, transportation, and refining infrastructure — are more costly and complex alternatives.

As a result, monitoring control systems and processes for unintended changes — whether they are the result of malicious attacks or human error — is central to preventing shutdowns. This is an important beneficial byproduct of implementing your OT security program.

In addition to these market pressures, the oil and gas sector must also comply with stringent environmental regulations and standards that cover production, extraction and distribution processes. Here again, active monitoring of OT networks, devices and activity can help detect and prevent problems before they lead to environmental incidents.

One way to combat the broader attack surface created  by modernization initiatives — and to mitigate the threat to production and environmental control systems posed by cyber incidents and human error — is to converge IT and OT security groups. While challenging, such collaboration can mitigate those risks and vulnerabilities which span these two infrastructures, simultaneously facilitating implementation of security best practices.

Download the white paper, Mind the Gap: A Roadmap to IT/OT Alignment, for more insight into how to address the expanding cyberattack surface in industrial networks. 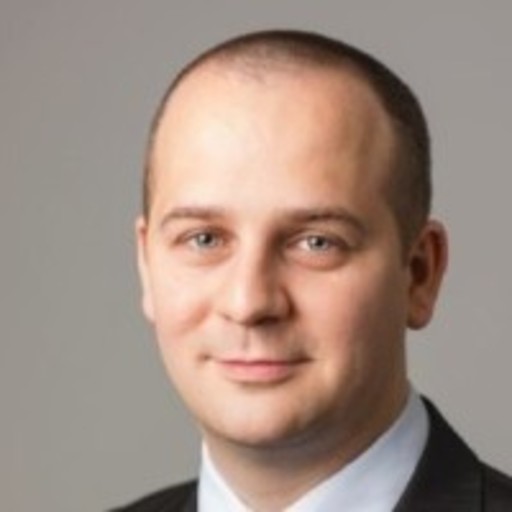