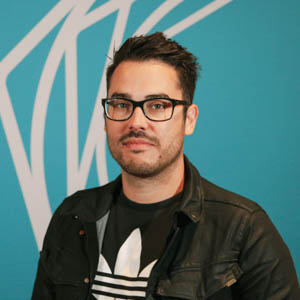 Tenable Researcher David Wells discovered a vulnerability in Zoom’s Desktop Conferencing Application that allows an attacker to hijack screen controls, spoof chat messages or kick and lock attendees out of meetings. Zoom has released updates for macOS, Windows and Linux.

Tenable has discovered a vulnerability, CVE-2018-15715, in Zoom's Desktop Conferencing Application that allows for execution of unauthorized Zoom commands like spoofing chat messages, hijacking screen controls and kicking attendees off calls and locking them out of meetings. This vulnerability could be exploited in a few scenarios: 1) a Zoom meeting attendee could go rogue; 2) an attacker on the local access network (LAN) or 3) a remote attacker over wide area network (WAN) could theoretically use this vulnerability to hijack an ongoing Zoom meeting. We weren’t able to completely test scenario three, which is more complicated and will be discussed in detail later.

This bug is due to the fact that Zoom's internal messaging pump (util.dll!ssb::events_t::loop) dispatches both client User Datagram Protocol (UDP) and server Transmission Control Protocol (TCP) messages (from util.dll!ssb::select_t::loop) to the same message handler in ssb_sdk.dll. This allows an attacker to craft and send UDP packets which get interpreted as messages processed from the trusted TCP channel used by authorized Zoom servers.

This attack not only can be carried out by attendees of the Zoom meeting, but any remote attacker that is able to craft a spoofed UDP packet, as they can then seamlessly slip into the existing UDP session for an ongoing Zoom meeting and trigger this bug. This impacts both one-on-one (P2P) meetings as well as group meetings streamed through Zoom servers. It’s also worth mentioning that an attacker could theoretically exploit this vulnerability over WAN if they have the ability to spoof a public IP source in a UDP packet. In this scenario, the remote attacker could exploit this vulnerability by spoofing the WAN IP and trivially brute force the source port the victim is using for the UDP session with the Zoom server while the meeting is live.

This vulnerability allows an attacker (over LAN or WAN) or rogue attendee to:

By exploiting this vulnerability, an attacker could not only hijack the presenter’s screen and open the calculator (as shown in the video linked below), but also could download and execute malware. The practical execution of such an attack would have to overcome UDP packet loss (losing keystroke packets) and interruption of keystroke sequence by the victim.

Wells has developed a proof of concept (PoC) for this vulnerability. In the video PoC below, you can see a rogue meeting attendee sending UDP packets to forcibly take control of the presenter’s screen and open the calculator.

Conferencing services like Zoom are becoming ubiquitous in enterprises as teams are distributed around the world. According to Zoom’s website, over 750,000 companies use the enterprise video communication platform. Exploitation of a vulnerability like this could be extremely disruptive and poses serious reputational risk.

We have verified this vulnerability affects the following Zoom versions:

Tenable has released a Nessus plugin to identify vulnerable systems, which can be found here for Windows and here for macOS.