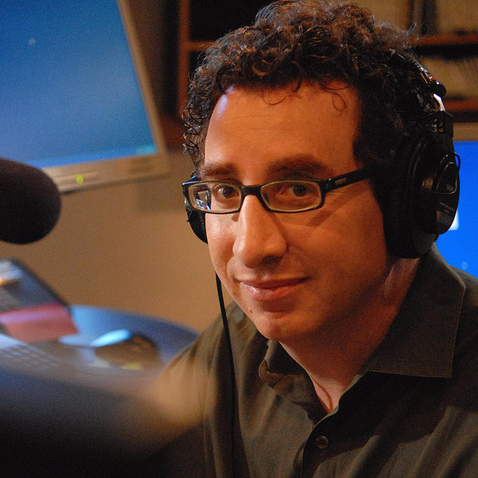 “When we’re looking at taking a containerized workload, one of the challenges with it is you lose a lot of the visibility when you’re running at scale in a virtualized environment,” said Robbie Jerrom (@robbiej), member of the Global Cloud Native Apps SME Team for VMware, after his presentation, Your DevOps Transformation. Culture, Technology, or Both? at Vmworld 2015 in San Francisco.

When those containers are in a VMware environment you can actually see their behavior from an operations perspective. You can see their resources. And from a security perspective, you get two and three layers of protection from the rest of the containers and operations, added Jerrom.

Jerrom gave his presentation with Ed Hoppitt, a CTO ambassador with VMware who stressed that DevOps is not about a technological change. It’s about culture and fear.

“Change drives fear and change can breed suspicion,” said Hoppitt who also recommended you run away from anyone who says they can give you more agility if you purchase $2 million in tools.

DevOps is simply operations and developers working together across the end-to-end service lifecycle, from design through the development to live production. It requires a shift in an IT mindset, added Hoppitt who pointed out that market forces are leading the need for DevOps change.

Software is changing everything

Because our demands for what software can and should do are changing so rapidly, so is our need to evolve development to meet those demands. Hence the rising interest in DevOps.

DevOps is really about a team that can create something that's useful to the business, said Jerrom. The full stack is having full appreciation of infrastructure, security, and all the code. It's also about the person who can talk and communicate this across all departments. As an individual, the “full stack” developer does not exist. The full stack is the team.

VMware can bridge the two worlds, as virtual machines and container isolation can operate better together, said Jerrom.

The developer lifecycle and a production stack can all be handled by VMware Cloud-Native Apps Stack.

If you wrap containers into virtual machines you can solve the DevOps problem and get around the cycle of data, application development, and analysis, said Jerrom. Those who succeed are the ones who can get around this loop the fastest.