Microsoft patched 55 CVEs in the November 2021 Patch Tuesday release, including six rated as critical, and 49 rated as important. 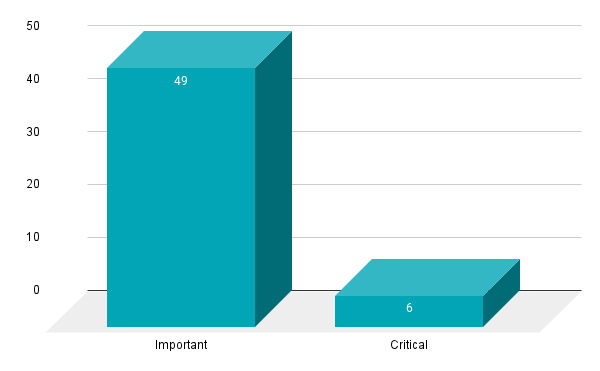 CVE-2021-42292 is a security feature bypass zero-day in Microsoft Excel that received a 7.8 CVSSv3 score and has been exploited in the wild. Discovery of this flaw is credited to the Microsoft Threat Intelligence Center (MSTIC) but no further information on the vulnerability or the detected exploitations has been published at this time. Microsoft specifically notes that the Preview Pane is not an attack vector for this vulnerability, which means the victim would need to open a malicious Excel document for exploitation to occur. Microsoft notes that patches for Office for Mac are still in progress.

CVE-2021-38666 is a RCE vulnerability in the Remote Desktop Client that received a CVSSv3 score of 8.8. The vulnerability can be exploited when a victim machine connects to an attacker-controlled Remote Desktop server, allowing the attacker to execute arbitrary code on the victim's machine. While no public exploit appears to exist at this time, Microsoft has designated this flaw as “Exploitation More Likely” according to Microsoft’s Exploitability Index.

Microsoft also provided two other patches for Windows Remote Desktop Protocol (RDP) this month which could be used in a related scenario. If an attacker is able to take control of an account with RDP server administrator privileges, they could exploit CVE-2021-41371 or CVE-2021-38631 to read Windows RDP client passwords. Both CVE-2021-41371 and CVE-2021-38631 were publicly disclosed, according to Microsoft.

The attacker would need to control a Remote Desktop server prior to exploitation of any one of these three CVEs.

CVE-2021-43208 and CVE-2021-43209 are RCE vulnerabilities found in 3D Viewer, a 3D object viewer and augmented reality application for Windows. According to Microsoft, these vulnerabilities have both been publicly disclosed and are attributed to Mat Powell of Trend Micro Zero Day Initiative. While no additional details are available at this time, Microsoft’s advisory does note that affected customers should receive updates automatically from the Microsoft Store. Customers that have automatic updates disabled will have to take action in order to receive this update.

Users can create scans that focus specifically on our Patch Tuesday plugins. From a new advanced scan, in the plugins tab, set an advanced filter for Plugin Name contains November 2021.

A list of all the plugins released for Tenable’s November 2021 Patch Tuesday update can be found here. As always, we recommend patching systems as soon as possible and regularly scanning your environment to identify those systems yet to be patched.