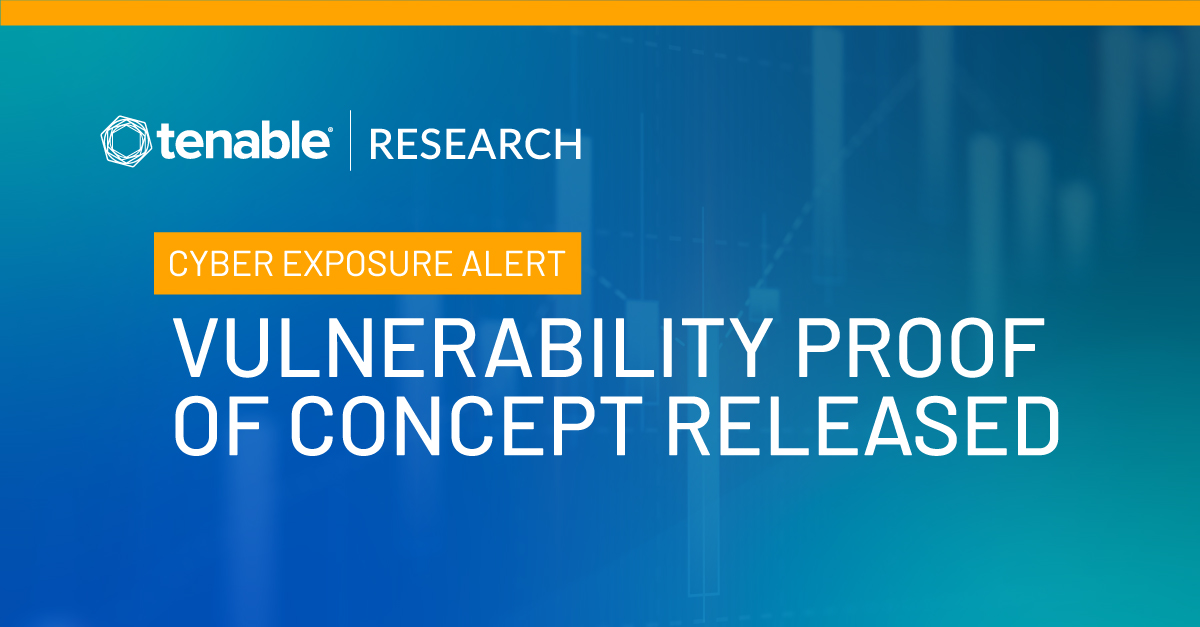 Update May 26: The Proof of concept section has been updated to reflect the publication of a proof-of-concept (PoC) for CVE-2021-21974.

On February 23, VMware released a security advisory (VMSA-2021-0002) to address two vulnerabilities in vCenter Server, a centralized management software for VMware vSphere systems, as well as a vulnerability in the VMWare ESXi hypervisor.

The most notable vulnerability disclosed as part of this advisory is CVE-2021-21972, a critical remote code execution (RCE) flaw in vCenter Server. The vulnerability was discovered and disclosed to VMware by Mikhail Klyuchnikov, a security researcher at Positive Technologies.

CVE-2021-21972 is an unauthorized file upload vulnerability in vCenter Server. The issue stems from a lack of authentication in the vRealize Operations vCenter Plugin. It received a critical CVSSv3 score of 9.8 out of 10.0. An unauthenticated, remote attacker could exploit this vulnerability by uploading a specially crafted file to a vulnerable vCenter Server endpoint that is publicly accessible over port 443. Successful exploitation of this vulnerability would result in an attacker gaining unrestricted RCE privileges in the underlying operating system of the vCenter Server.

Klyuchnikov published a blog post detailing his discovery of the vulnerability, as well as two separate paths to achieve RCE. For Windows systems, an attacker could upload a specially crafted .jsp file in order to gain SYSTEM privileges on the underlying operating system. For Linux systems, an attacker would need to generate and upload a public key to the server’s authorized_keys path and then connect to the vulnerable server via SSH.

Despite the fact that this vulnerability stems from the vRealize Operations vCenter Plugin, the VMware advisory confirms that this plugin is included “in all default installations” of vCenter Server. This means that the vulnerable endpoint is available irrespective of the presence of vRealize Operations. 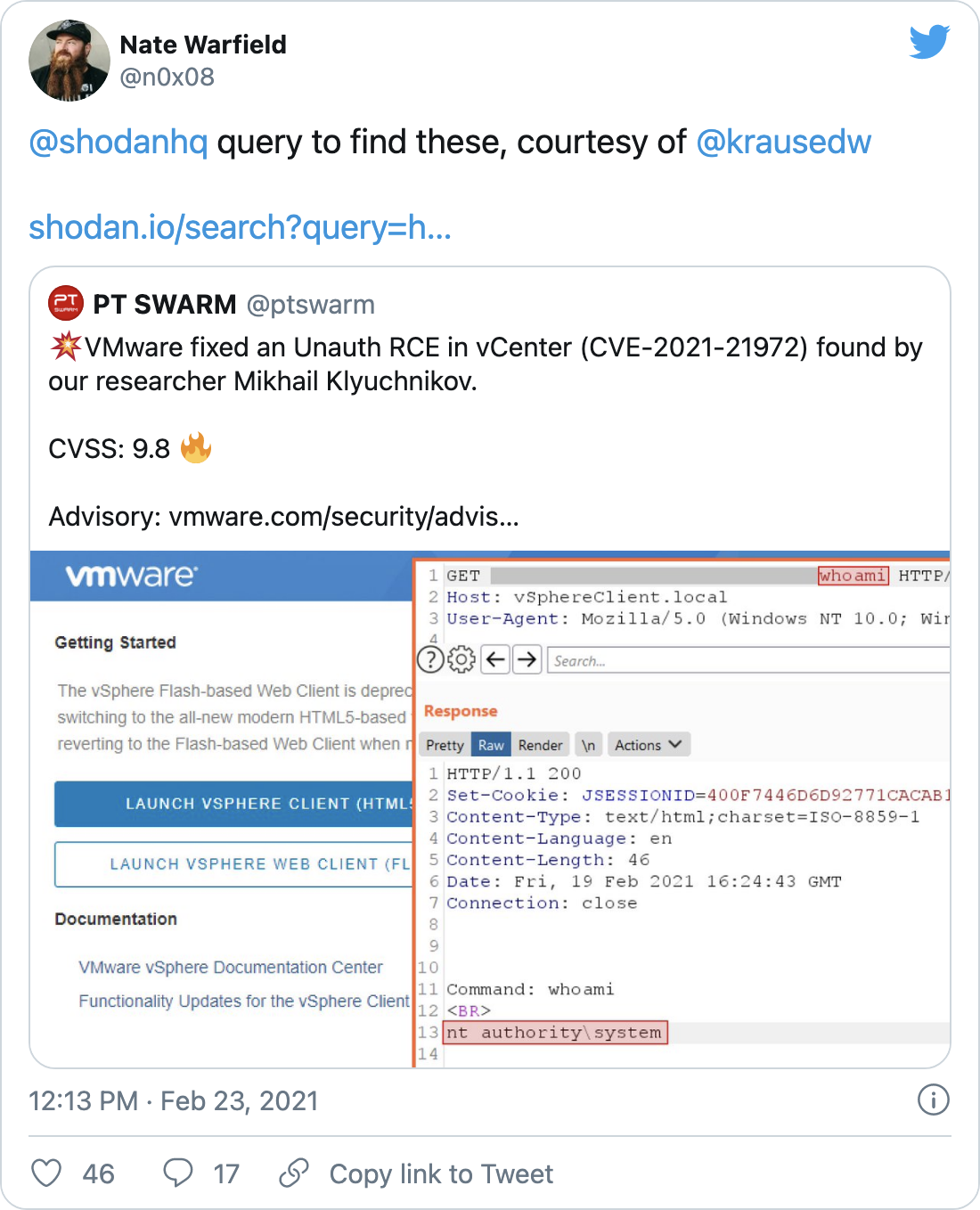 According to a Shodan search query from David Krause, a threat intelligence engineer, there are currently over 6,700 vCenter Server systems that are publicly accessible.

Mass scanning activity for CVE-2021-21972 detected within one day 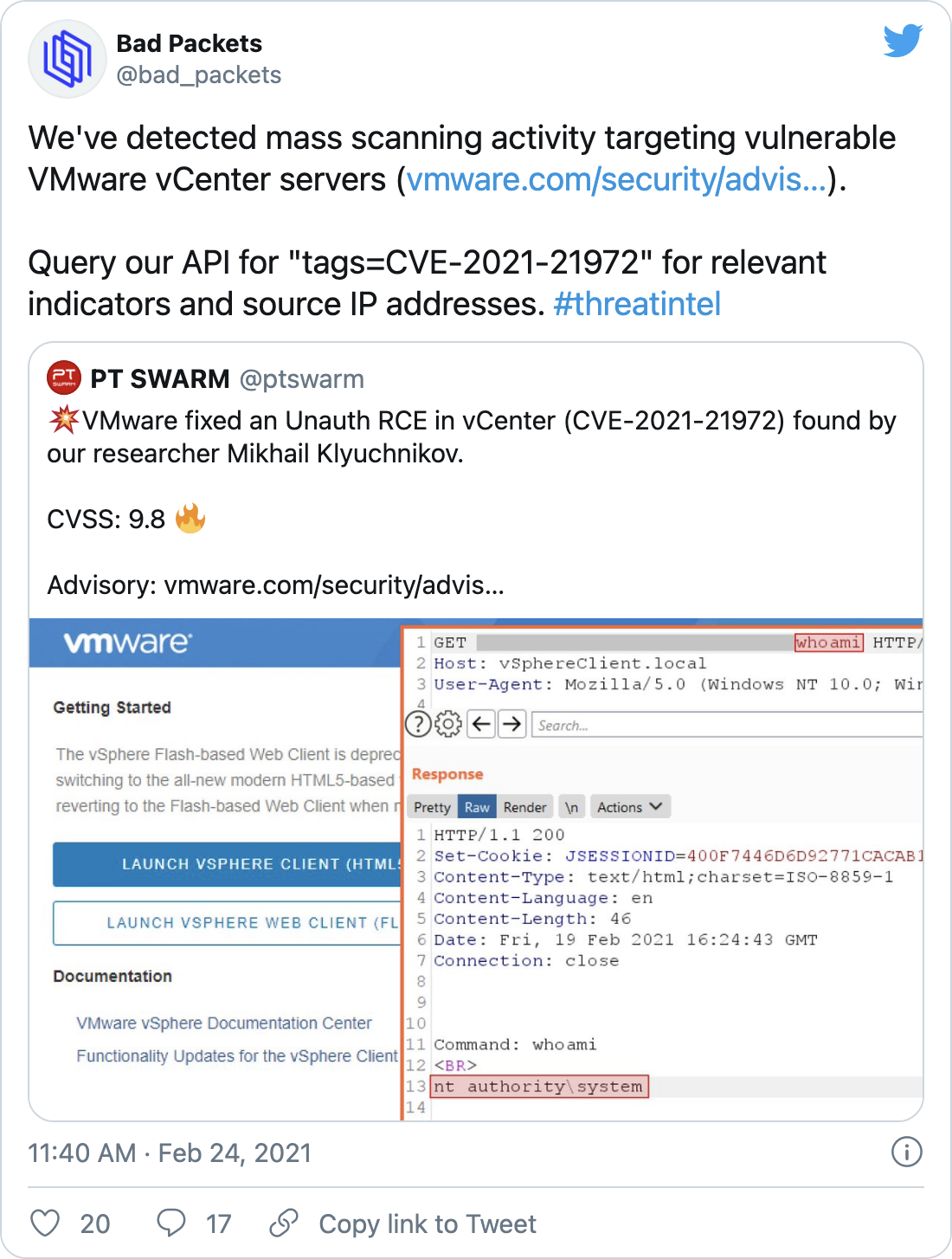 Other vulnerabilities addressed in VMware Advisory

At the time this blog post was published, there were at least four proof-of-concept exploit scripts available on GitHub, including one that is configurable for both Windows and Linux targets:

On May 25, researcher Johnny Yu published a PoC for CVE-2021-21974 to GitHub along with a blog post on how it was developed.

If upgrading is not feasible at this time, VMware has provided workaround instructions for CVE-2021-21972 and CVE-2021-21973 that involve a change to the compatibility matrix file and setting the vRealize Operations vCenter Plugin to incompatible.

Please note that this should only be used as a temporary workaround until upgrading is feasible.