Ploutus-D is malware used for ATM jackpotting. It was discovered in Mexico in 2013, and is now getting reported as reaching the U.S. by Krebs on Security. This attack has been analysed by FireEye in 2017, showing some of the technical details behind the ATM attack and how the offenders might take advantage of physical access to dump money from an ATM.

Tenable can help with detecting the malware on infected ATMs, including both currently infected ATMs and ATMs that have malware infections which were not sufficiently cleaned.

Running Plugin 59275, Malicious Process Detection detects if the malware is currently running on the system. 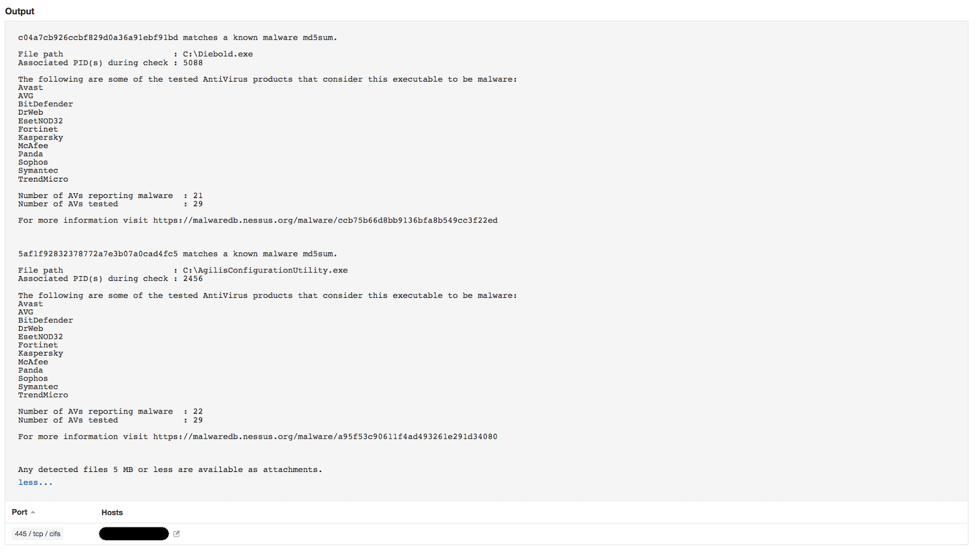 Using Indicators Of Compromise (IOCs), you can detect if you’re currently infected. Additionally, left-behind remnants of a previous infection may also be reported.

Look at processes showing up as unsigned:

Jackpotting attacks such as Ploutus have been observed in the U.S. These attacks can be better mitigated with appropriate physical and software security controls. It’s yet another reminder to be aware of your Cyber Exposure. The time has long passed where servers in a data center and computers on employee’s desks are the only infrastructure an organization needs to include in its security program.