Nine new DNS-related vulnerabilities have been identified across TCP/IP stacks embedded in millions of devices.

The potential impact of these vulnerabilities includes DNS Cache Poisoning, Denial of Service (DoS) and Remote Code Execution (RCE). The nine vulnerabilities are identified in the following table:

The vulnerabilities stem from implementation problems within the various TCP/IP stacks due to the complexities and misinterpretation of Request for Comments (RFC) standards. For example, the standard RFC 1035, also known as “Domain Names – Implementation and Specification,” specifies the reduction of DNS message sizes, including DNS resolvers and multicast DNS (mDNS), through a compression mechanism. To address these in the future, Forescout researchers created a draft of an informational RFC to help developers avoid making the same mistakes in DNS implementations moving forward and highlighting the identified anti-patterns from their research.

The gift that keeps on giving

In the initial research surrounding these TCP/IP stacks, most of the focus was on the implementation of the DNS message compression. Four of the Nucleus NET TCP/IP vulnerabilities in the table above (CVE-2020-15795, CVE-2020-27736, CVE2020-27737 and CVE-2021-25677) were discovered as a byproduct of the initial research. The NAME:WRECK report highlights how chaining together these four unrelated flaws with CVE-2020-27009 or CVE-2020-27738 could increase their impact and achieve RCE.

Three of the most critical DNS vulnerabilities in NAME:WRECK

CVE-2016-20009 is a stack-based buffer overflow vulnerability in the message compression function of the IPnet stack which could potentially lead to RCE. This is the most critical of the nine vulnerabilities, with a CVSSv3 score of 9.8, and, as the CVE naming structure would suggest, also the oldest. CVE-2016-20009 is actually a bug collision, as it was originally reported in 2016 by Exodus Intelligence but never assigned a CVE. Forescout and JSOF asked the original finders of the vulnerability to request a CVE ID in January 2021, agreeing it should be assigned an end-of-life CVE ID.

CVE-2020-15795 is a vulnerability in the DNS domain name labeling functionality of the Nucleus NET TCP/IP stack that improperly validates the names in the DNS responses. Successful exploitation would allow an attacker with elevated privileges to write past the end of the allocated structure and execute code in the context of the current process or force a DoS condition. Exploitation would require an attacker to create a malformed DNS response to a legitimate DNS request, which would then be parsed by a vulnerable function.

CVE-2020-27009 is a vulnerability in the DNS domain name record decompression function of the Nucleus NET TCP/IP stack that occurs as an improper validation of the offset values in a pointer. Successful exploitation would allow an attacker with elevated privileges to write past the end of the allocated structure and execute code in the context of the current process or force a DoS condition. Exploitation would require an attacker to create a malformed DNS response to a legitimate DNS request, which would then be parsed by a vulnerable function.

The report highlighted a number of statistics for the affected TCP/IP stacks, but the most alarming statistics were associated with FreeBSD. A Shodan search result provided in the report showed that over one million FreeBSD devices were internet-facing. While this does not indicate all these devices are vulnerable, it does highlight the potential attack surface. 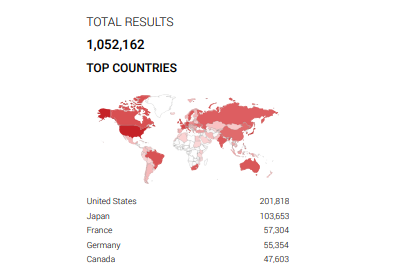 Drilling down into industry-specific figures, the report examines a dataset of 13 million proprietary devices. The numbers in the chart below are representative of over 235,000 FreeBSD devices running the affected stack/operating systems. One of the most concerning figures in this chart is the number of affected devices found within the healthcare sector. As we’ve reported previously, healthcare is one of the most targeted sectors, particularly by ransomware groups.

The NAME:WRECK report demonstrates one possible scenario that was tested to gain a foothold on a target network using the Nucleus TCP/IP stack as an example. According to the report, the steps involved were as follows:

At the time this blog post was published, there was one proof-of-concept (PoC) available for CVE-2020-7461, the message compression vulnerability in FreeBSD. This particular PoC will only result in a DoS condition.

Each of the maintainers/vendors of the vulnerable TCP/IP stacks identified in the report were notified of these flaws. FreeBSD, Nucleus NET and NetX stacks have been patched recently. The following table contains the list of the stacks, their vulnerable versions and fixed versions (if available).

While these vulnerabilities may be addressed by their relevant vendors, there are millions of devices worldwide implementing these stacks spanning hundreds of manufacturers. Action is required by these manufacturers to ensure that fixes are deployed for their vulnerable devices.

A list of Tenable plugins to identify these vulnerabilities will appear here as they’re released. Please note that at the time this blog post was published, the NetX vulnerability did not have a CVE assigned to it yet. We will update this blog post once a CVE is assigned.

The Top 5 Active Directory Misconfigurations Putting Your Organization at Risk