In a rare move, the WordPress Security Team forced a plugin update to over one million sites to address a vulnerability in a popular WordPress plugin used for brute force protection.

On October 21, the developers of Loginizer, a popular WordPress plugin that offers protection against brute force attacks, published a blog post about a recent update to their plugin that addresses a severe vulnerability. The vulnerability was discovered and disclosed by a vulnerability researcher at WP Deeply, Slavco Mihajloski.

CVE-2020-27615 is a SQL injection (SQLi) vulnerability in the WordPress Loginizer plugin due to a lack of input sanitization. According to a blog post from Mihajloski, the vulnerability exists in two parts of the Loginizer plugin: the loginizer_login_failed function, which contains unsanitized database requests, and the lz_valid_ip function. Mihajloski notes the potential for a stored cross-site scripting (XSS) vulnerability as well.

An unauthenticated, remote attacker could exploit the vulnerability by crafting a malicious SQL query and including it in the username field of the WordPress site’s login page. Successful exploitation could lead to remote code execution.

Loginizer plugin has a history of vulnerabilities

This vulnerability isn’t the first to be reported in the Loginizer plugin. In 2017, researchers at WPSec published a blog post detailing their discovery of an SQLi and cross-site request forgery (CSRF) vulnerability, identified as CVE-2017-12650 and CVE-2017-12651 respectively.

In 2018, researcher and CEO of WPScan, Ryan Dewhurst, discovered and disclosed a stored XSS vulnerability in Loginizer. The vulnerability is identified as CVE-2018-11366.

It is not uncommon for researchers to uncover and disclose hundreds of vulnerabilities in WordPress plugins each year. However, according to a thread on the Loginizer Support Page, the WordPress Security team took an unprecedented step, swiftly addressing CVE-2020-27615 by using a “forced update” functionality in WordPress to migrate Loginizer users over to the patched version of the software. Apparently, this functionality has been present in WordPress for nearly seven years; it was introduced in WordPress version 3.7. According to Samuel Wood, a WordPress.org administrator, they have used this feature “many times.” 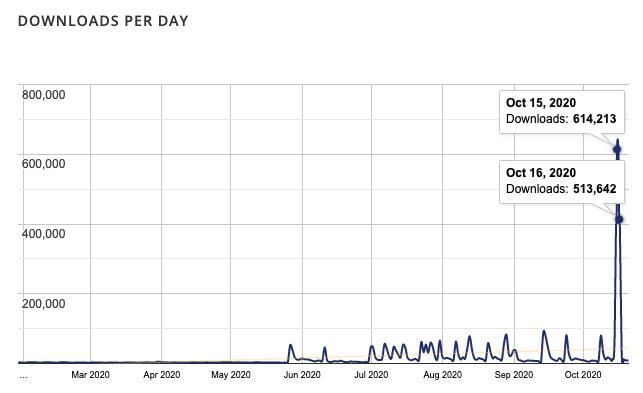 Mihajloski published a proof of concept (PoC) for this vulnerability as part of his blog post.

The Loginizer developers patched this vulnerability in Loginizer version 1.6.4. Because WordPress has proactively forced updates to sites using the plugin, we expect many sites have already been patched. However, there still may be some sites out there that have not yet patched.

The Loginizer statistics page on WordPress.org shows that 89% of sites running the plugin are on the 1.6.x branch. However, it’s unclear whether all of those sites on that branch are running 1.6.4. Almost 11% of Loginizer sites are using the 1.4.x branch or an unreported version of the branch. If your site has not been patched yet, we strongly advise you to upgrade to 1.6.4 immediately.

A list of Tenable plugins to identify this vulnerability will appear here as they’re released. Additionally, vulnerable versions of Loginizer can be identified using our WordPress Outdated Plugin Detection plugin.