VMware published an advisory addressing 19 vulnerabilities, including one critical flaw in vCenter Server that is reportedly simple to exploit.

In addition to publishing the security advisory, VMware published a blog post and a Questions and Answers post addressing some foundational questions about the advisory. Of the 19 vulnerabilities, only CVE-2021-22005 was assigned a severity of Critical. 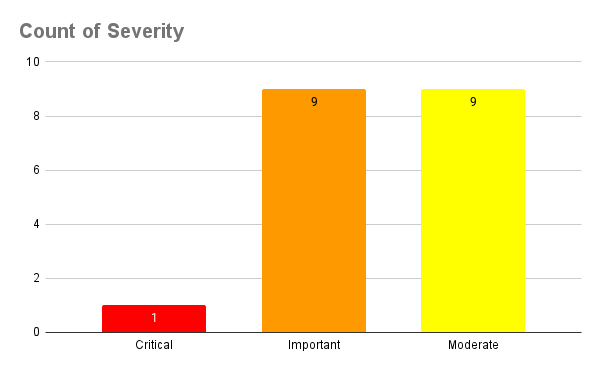 CVE-2021-22005 is a file upload vulnerability in the vCenter Server. An unauthenticated attacker capable of accessing port 443 over the same network or directly from the internet could exploit a vulnerable vCenter Server by uploading a file to the vCenter Server analytics service. Successful exploitation would result in remote code execution on the host. In its blog post, VMware notes that this vulnerability exists in vCenter Server “regardless of the configuration settings,” which makes this exploitable by default in affected vCenter Server installations.

While the remainder of the vulnerabilities patched in today’s release aren’t critical, they are split evenly between Important and Moderate severity flaws. The remaining vulnerabilities vary, from privilege escalation and denial of service to information disclosure and path traversal vulnerabilities. These flaws will likely be valuable to attackers, particularly affiliates of ransomware groups, that have already compromised a network through other means.

This is the second time in the last four months that VMware issued a patch for a critical flaw affecting vCenter/vSphere. In May, VMWare disclosed CVE-2021-21985, a remote code execution vulnerability in VMware’s vSphere Client. 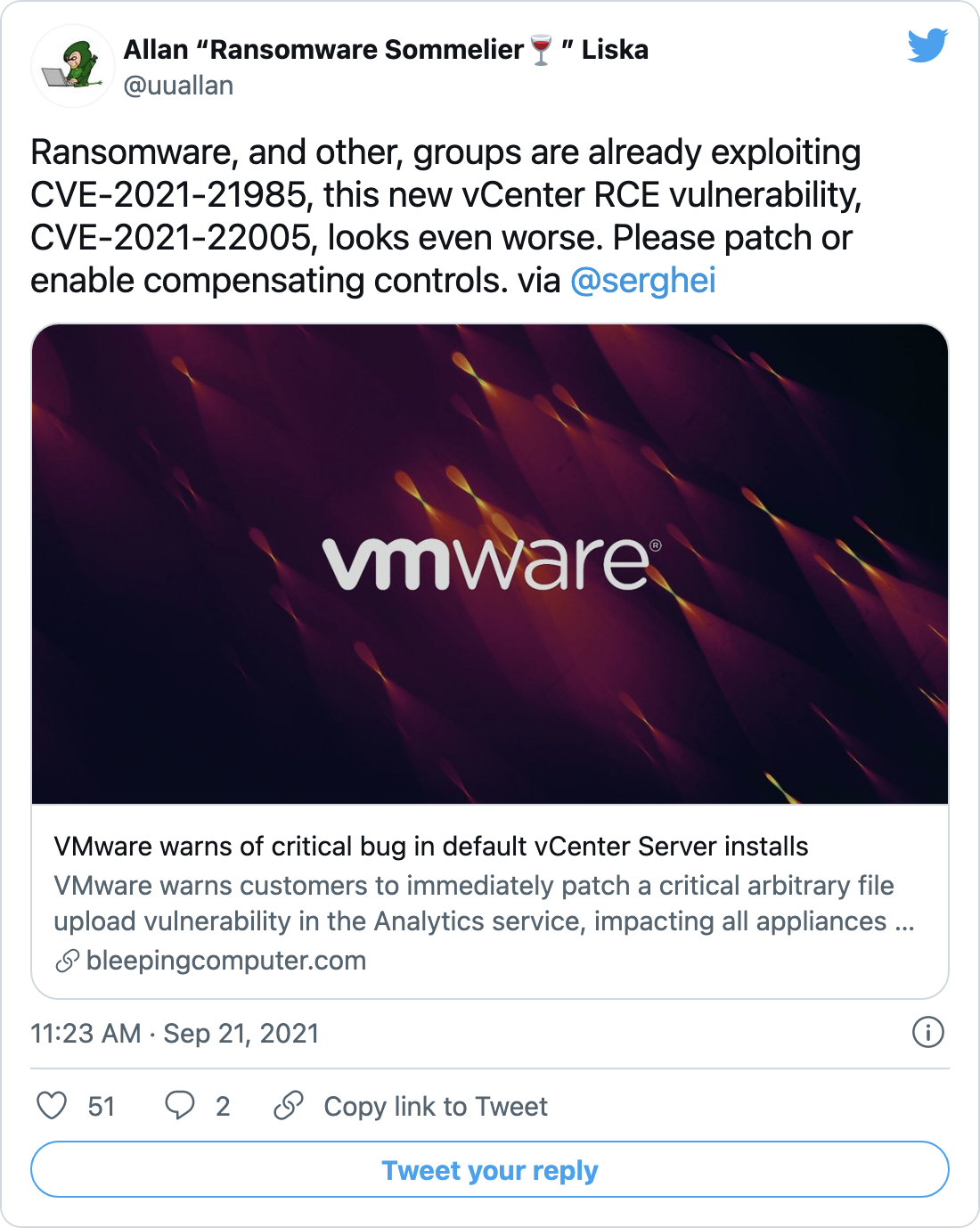 Derek Abdine, chief technology officer for Censys, tweeted that he discovered the vulnerable code path for this vulnerability and that it “looks stunningly trivial to execute.” As a result, Abdine added that users should “Patch now.”

At the time this blog post was published, there were no publicly available proof-of-concept (PoC) scripts for CVE-2021-22005. However, Abdine’s warning implies that we may see PoC released shortly.

To address the 19 vulnerabilities disclosed in its advisory, VMware released patches for vCenter Server 7.0, 6.7 and 6.5. For a full breakdown of which CVEs are addressed in each release, please refer to the VMware advisory page.

For CVE-2021-22005, the following is a breakdown of the vCenter Server version, associated fixed version as well as the installation addressed.

Please note that vCenter Server version 6.7 for Windows and version 6.5 for any installation are not affected by CVE-2021-22005.

Organizations are strongly encouraged to apply these patches as soon as possible.

If patching is not feasible at this time, VMware has provided workaround instructions for CVE-2021-22005. However, the workaround should be considered a temporary solution and should not be a replacement for upgrading to a fixed version.