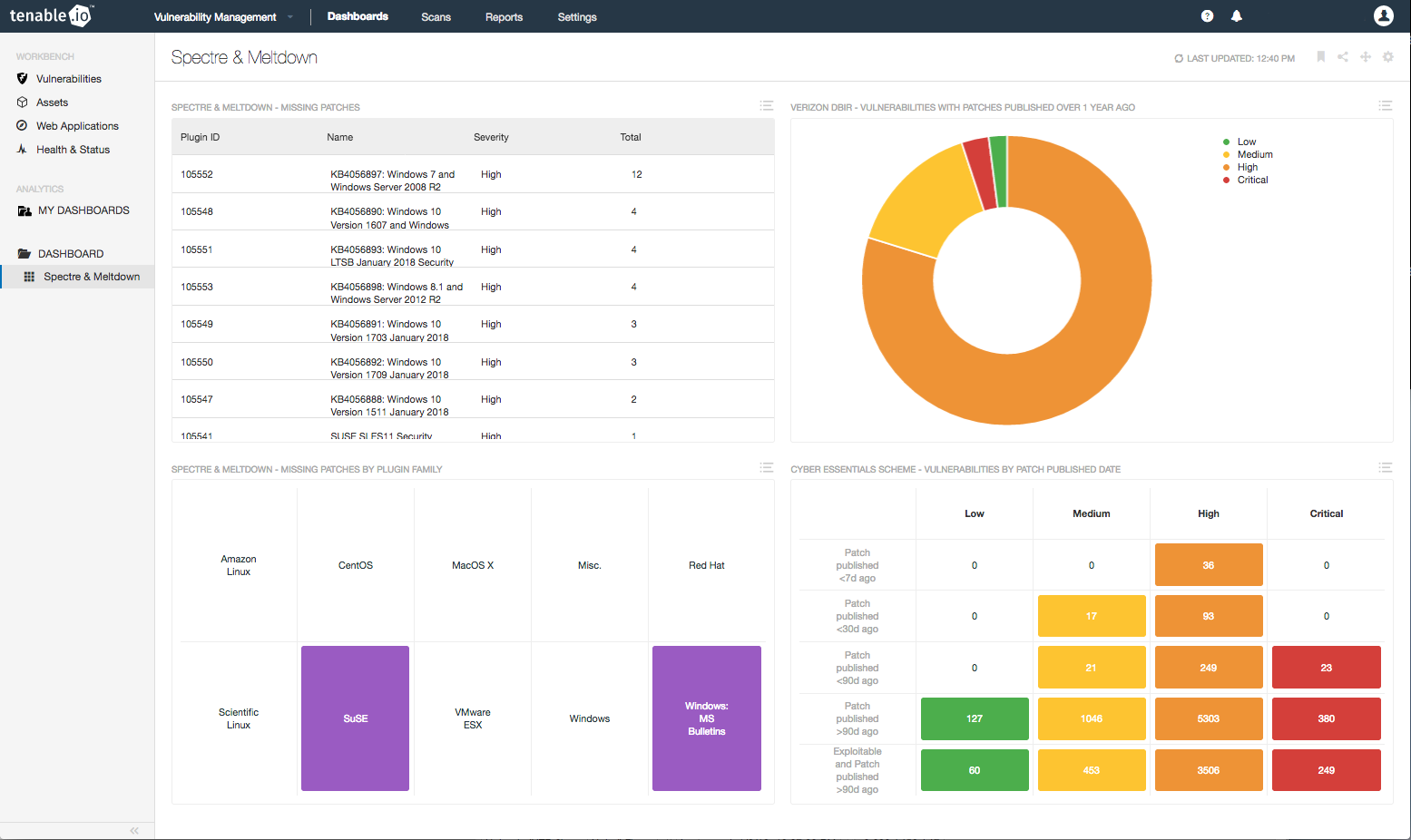 A compromised processor is one of the most serious attack vectors on all Microsoft, Apple and Linux systems. The recently discovered hardware bugs known as Spectre and Meltdown affect modern processors uniquely by accessing information found in system memory. The Spectre & Meltdown dashboard can provide insight to which systems are affected by the new vulnerability.

The new bugs are considered "side channel attacks" since they use side channels to obtain the information from the accessed memory location. Spectre allows an application to force another application to access arbitrary portions of that other application's allocated memory, which can then be read through a side channel. This unique side channel attack is done by speculative execution, a technique used by high-speed processors in order to increase performance by guessing likely future execution paths and preemptively executing the instructions in them. Spectre takes advantage of this execution and affects all modern processors capable of keeping instructions in flight.

Furthermore, memory isolation is a cornerstone of security and the environment that allows multiple processes to be run on a device. The Meltdown bug allows any application to access all system memory including memory allocated to the kernel, and overcomes the memory isolation. The unique side channel attack is one side effect caused by out-of-order execution that is used as a performance enhancement for processors. Meltdown specifically affects every Intel processor on all desktop, laptop and cloud computers except Intel Itanium and Intel Atom before 2013.

Tenable.io enables an organization to better manage risk exposure by providing information on all outstanding patches for each operating system, and assigning a criticality to each vulnerability found. This information can assist infrastructure and security teams at all levels in targeting systems that have a higher probability of being compromised.

This dashboard contains the following components: